Can You Give Gentle Giant Jagger His Forever Home? 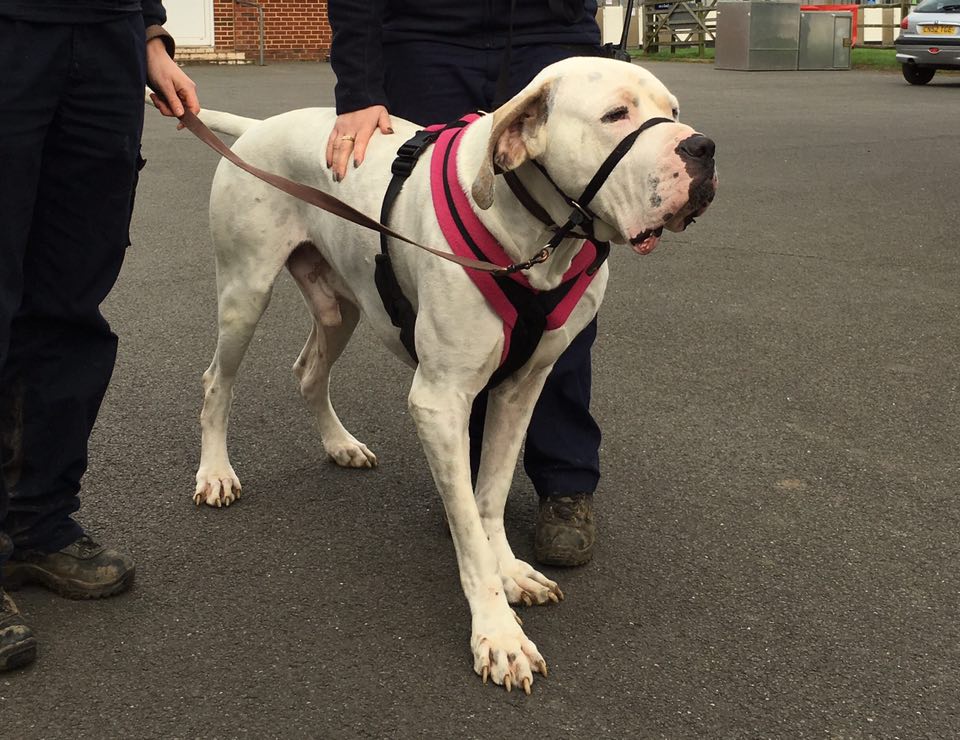 Great Dane-cross Jagger is looking for a home – and he’ll need a lot of space!

The RSPCA is searching for a special home for one of the largest dogs the charity has ever had to rehome.

Three-year-old Great Dane-cross Jagger will be dancing in the street when he finally secures a new home.

Poor Jagger ended up with the RSPCA as part of a cruelty case. He was abandoned, tied to a lamp post in Sheffield.

An RSPCA inspector managed to track down his owner through his microchip, who admitted Jagger had been kept outside as he was too big for them to cope. 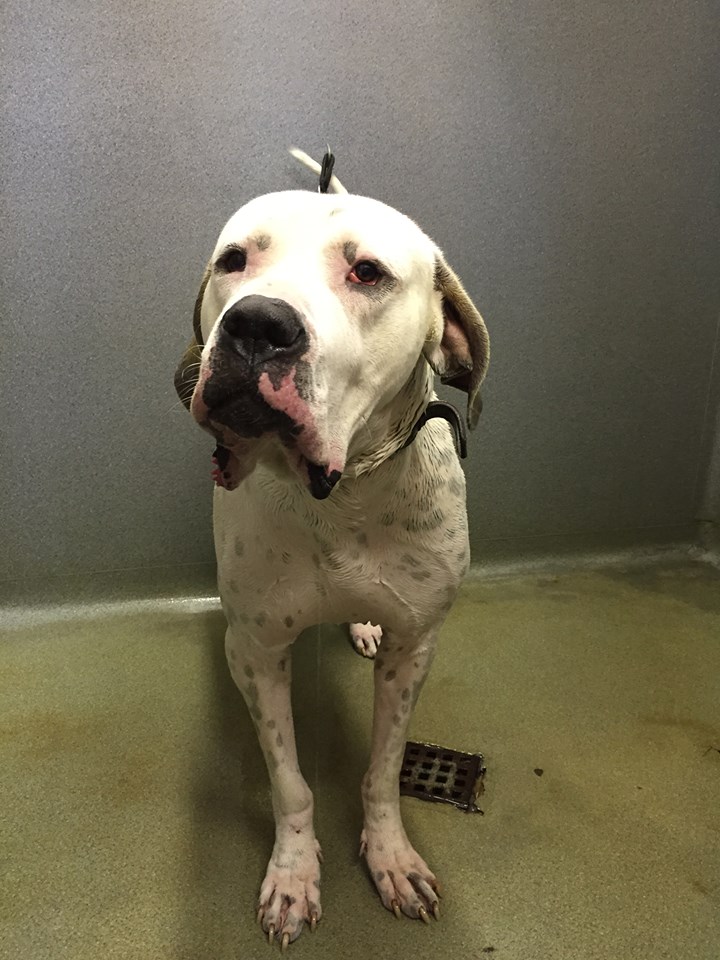 He had suffered lots of sores from living out in all the elements and, despite weighing 78kg, still needs to put on a little more until he reaches a healthy weight for his size. That’s about the same as super-middleweight boxer Joe Calzaghe!

Jagger is currently a resident at Millbrook Animal Centre, in Chobham, Surrey. But he can’t get no satisfaction in kennels. And deputy manager Liz Wood believes he’s the biggest dog they’ve ever seen.

“Jagger is probably the biggest dog we’ve ever had in – and we’ve been open for 50 years!” she said. “But he really is a gentle giant. He’s a lovely, docile and friendly boy.”

Jagger is, unsurprisingly, very strong on the lead and needs an owner who can continue his training.

The RSPCA would like him to go to a new home with owners with experience in keeping large breeds. 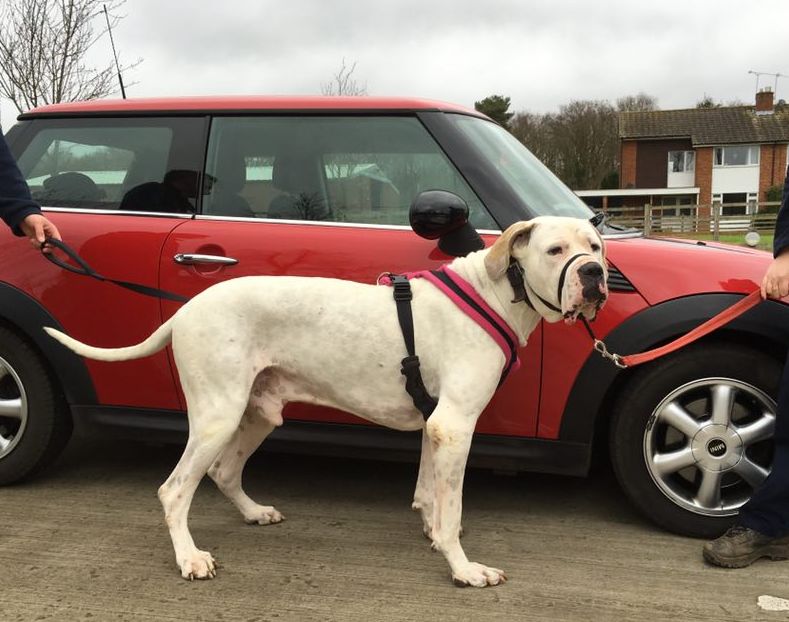 “It’s important for any potential new owners to consider the costs of keeping a dog the size of Jagger,” Liz added. “He eats almost 1kg of food every day so will be expensive to feed and he will require a house and garden with enough space for him.

“Whoever takes him on will also need a car with a rather large boot! He definitely won’t fit in a Mini comfortably!”

Jagger, who has now been with the charity for more than a year, could live with another, large neutered female dog but wouldn’t suit a home with another male. But he is very friendly towards dogs of all sizes – like fellow rescue dog Arthur, a young Chihuahua cross Chinese crested. He could also live with a family with children of around secondary school age. 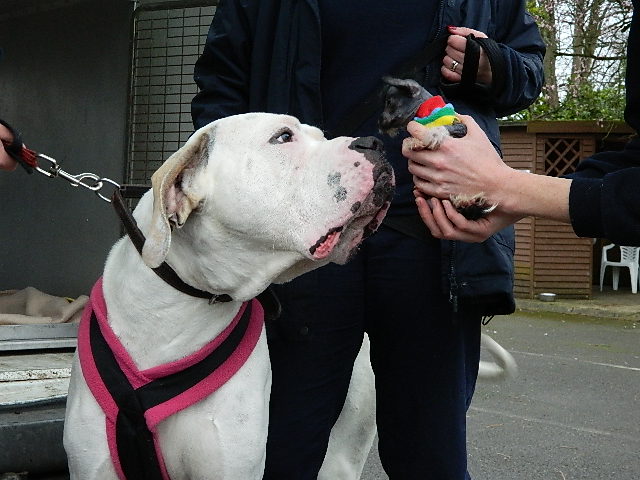 He is a fun dog who loves to run, play and socialise. He is also very relaxed in his kennel so staff believe he could be left for a few hours during the day, once he’s settled in his new home.

“I know you can’t always get what you want, but we’re desperate to get Jagger out of kennels and into his new, forever home,” Liz said.

Jagger’s former owner was convicted of offences under the Animal Welfare Act, following an RSPCA investigation.

Previous Article
Teenager Launches Online Dog Show For Dog A.I.D.
Next Article
‘PETE THE VET’: How To Get The Most From Your Pup’s Early Days

‘PETE THE VET’: How To Get The Most From Your Pup’s Early Days
Marie Carter-Robb 16th February 2016

The Tragedy of the Impulse-bought ‘Pandemic Pups’
Animal Welfare, dogs