Timmy the Rescue Chihuahua Bounces Back After Surgery

Timmy the Chihuahua, who was rescued from a home with 37 other Chihuahuas, is fighting fit after surgery to his leg.

Timmy the Chihuahua, who had a painful genetic condition which left him struggling to walk, has successfully undergone surgery to his right leg to help fix his painful condition. 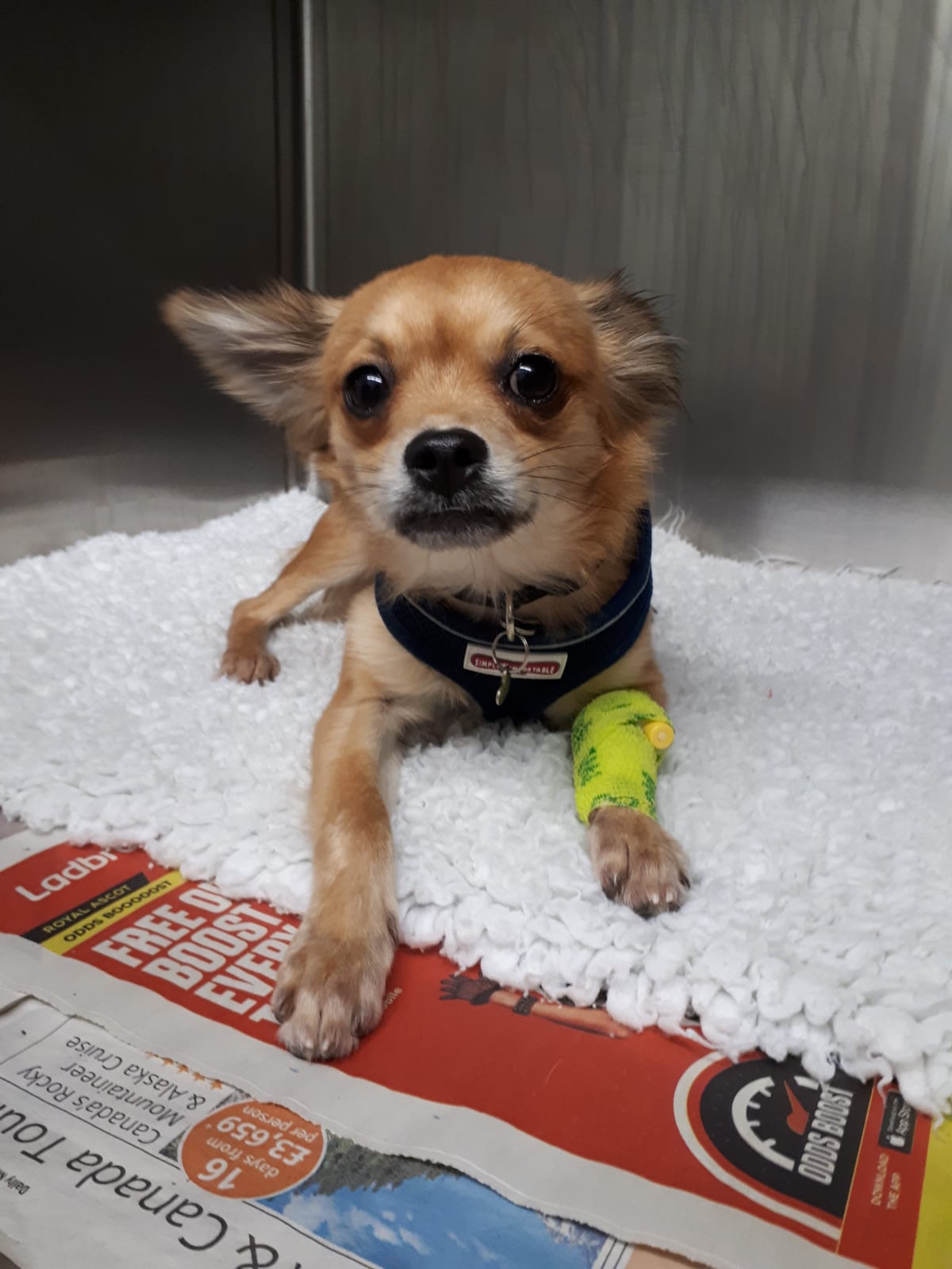 The nine-month-old pup’s condition, called Luxated Patella or ‘floating kneecaps’, was the worst case his vet had ever seen and if left untreated his condition could be debilitating.

Despite this, Timmy is full of energy and personality and is recovering quickly after the operation on Thursday, October 4. He has already started to put weight on his leg and is looking stronger than ever.

Liz Wood, deputy manager at RSPCA Millbrook Animal Centre and Timmy’s fosterer, said: “He’s doing really well. He’s actually trying to use his leg and put weight on it. He’s on cage rest at the minute so we are just trying to keep him entertained so he doesn’t get too frustrated.

“On the first night when he came back after surgery, he couldn’t stand up at all. He looks a lot more comfortable and stronger now. Once he has recovered, he will then have surgery to his left leg to fix them both so he’s halfway there now!”

Dogs with this condition have a problem with the groove the kneecap sits in, normally it is too shallow. The vets have to operate and cut a wedge of bone in order to create a groove. In Timmy’s case, not only was there no groove but his bone actually stuck out instead of curving inwards.

The condition left poor Timmy walking bow-legged but in the long run, without surgery, it was likely to worsen and leave him in increasing pain.

Luxated Patella is usually apparent in the first two years of a dog’s life and symptoms can include occasional limping, an intermittent skip in the gait, sudden loss of support on the limb and an abnormal sitting posture with the knee placed outwards. It is usually a genetic malformation but can also be caused as a result of trauma. It is common in chihuahuas but a variety of dog breeds are also prone to the condition, especially smaller breeds such as the Yorkshire terrier and pomeranians.

Timmy was rescued by the RSPCA in March from a home in Surrey where there were 37 other Chihuahua and Chihuahua-crosses living under one roof. Since then, his life has changed considerably from meeting celebrity friends like Matt Johnson and Candice Brown to playtime and cuddles with his fosterer and best friend Buttercup, a fellow Chihuahua who has a less severe version of the condition and also recently had surgery. 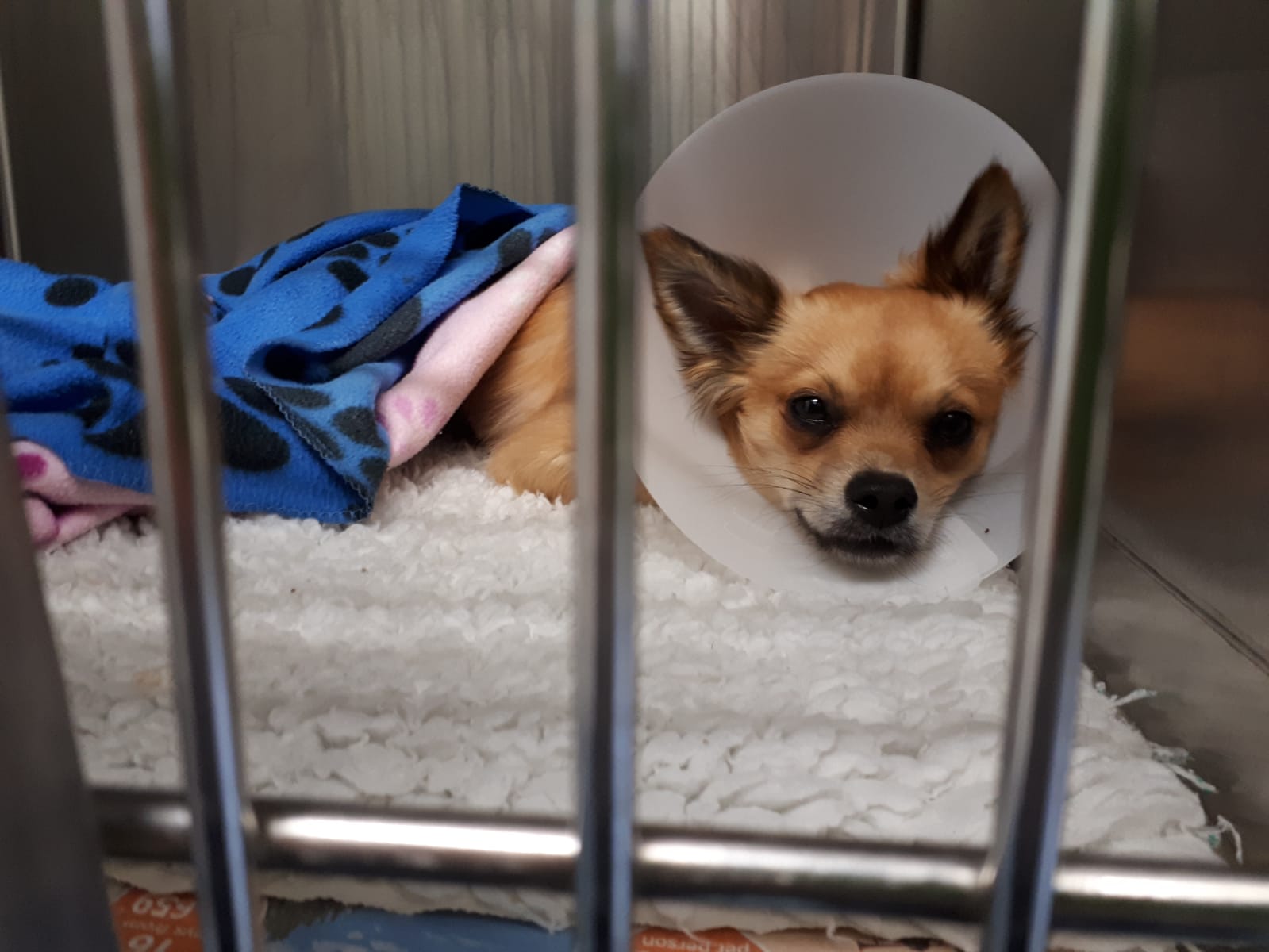 The centre launched a funding appeal to pay for Timmy’s essential surgery and rehabilitation. There is still time to help fund Timmy’s surgery and after care, here: