The number of dogs being commercially imported has surged by more than 50% due to lockdown – with imports from Romania leaping by 67% as the demand for puppies soared in the UK.

David Bowles, head of public affairs at the RSPCA, said the charity is ‘alarmed but unsurprised’ by the huge increase. He said: “We’ve seen the demand for dogs skyrocket during lockdown and, perhaps unsurprisingly, that’s led to a spike in the number of illicit breeders and dealers exploiting dogs and conning the public in order to cash in.

“Our frontline investigations into unscrupulous breeders and sellers has uncovered organised criminal gangs who import puppies from overseas – often from Ireland and Eastern European countries such as Romania – to sell on to unsuspecting buyers here in the UK. These latest statistics from Defra just goes to show the scale of this problem; and these figures don’t account for the vast numbers of dogs we suspect are being illegally trafficked into the country in addition to these.”

The RSPCA has launched its #ForPupsSake campaign urging the UK Government to increase the minimum age that puppies can be brought into the UK from 15 weeks to 24 weeks as well as introducing better enforcement checks at the borders.

David added: “This Valentine’s Day we’re hoping that the Government will show some puppy love and commit to working with us and other welfare organisations to stop puppy imports for good. We’re calling on the Government to crackdown on traffickers by bringing in new restrictions at the borders and ensuring better enforcement to stop those people flouting the rules.”

The charity wants to better protect consumer rights and public health, with many members of the public being defrauded out of money and dogs coming from abroad often travelling without vital health checks and vaccinations for serious diseases. But the charity’s main aim is to safeguard dog welfare and better protect dogs like Isla. 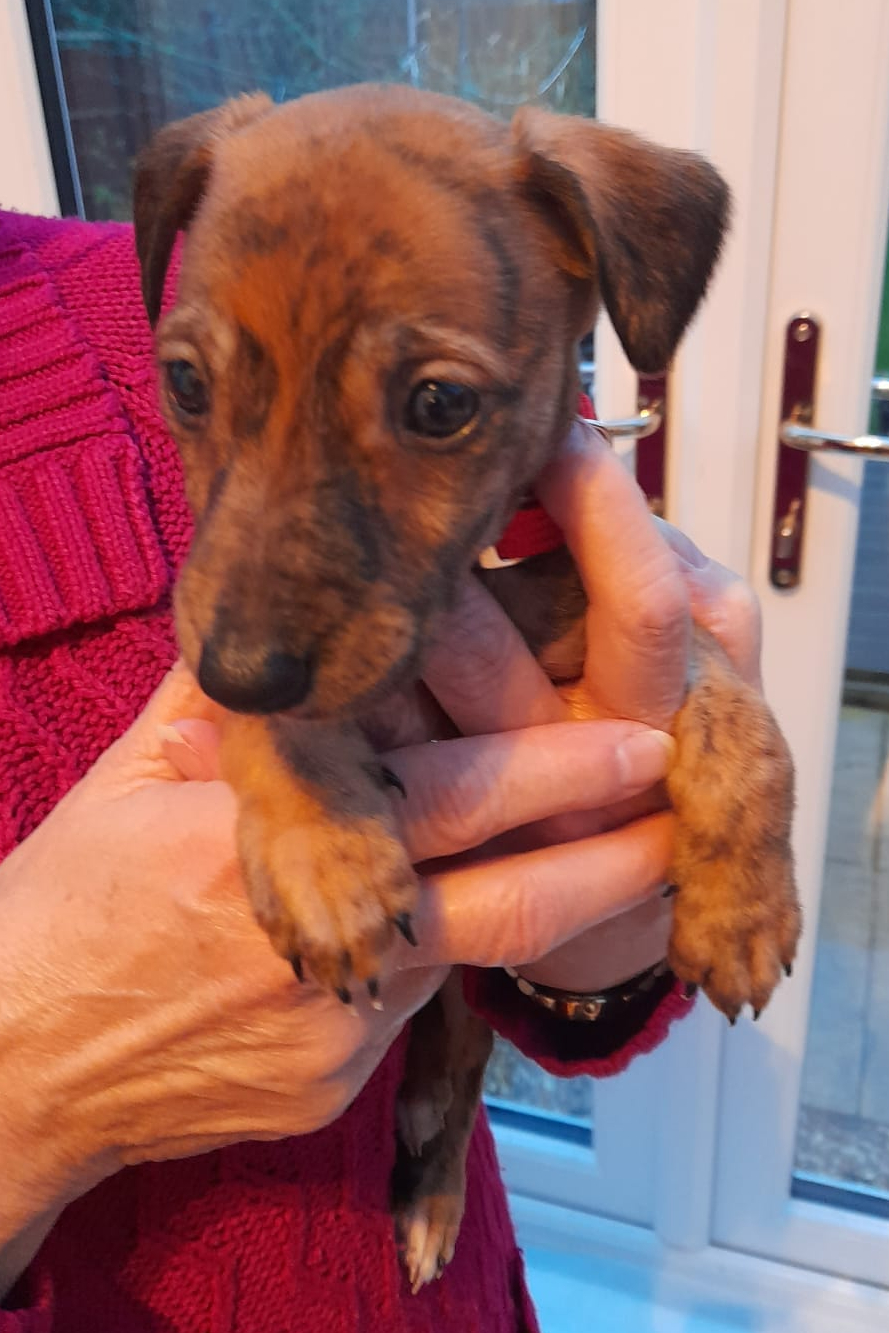 Retired Cambridgeshire couple Rick and Susan Smith** were looking for a new dog to join their family when a friend spotted an advert on Pets4Homes for 12-week-old collie cross whippet pups. They made the two-hour journey to Warwickshire to meet the puppies on 18 December, handed over £600 and left for home with their new dog, Isla.

“We were concerned about how small the puppies seemed and asked several times how old they were,” Susan said. “But they explained they were small due to their breed. We asked if we could have the paperwork for their vaccinations and they said they couldn’t give us the hard copies due to Covid but they’d email them to us. Needless to say, they never did.”

Isla had diarrhoea as soon as they got in the car so the couple decided to take her straight to their local vet when they arrived home. Vets estimated her to be just six-weeks-old and said she was underweight and very sick. Just a few days later – on Christmas Day – she deteriorated.

“We’d just finished eating our Christmas lunch when the phone rang,” Susan said. “It was the vet. Isla had deteriorated and tested positive for parvovirus. There was nothing more they could do for her; and we had to make the heartbreaking decision to have her put to sleep.”

David added: “Sadly, this is a story we’re hearing time and time again. We don’t know where Isla came from or what her background was but it’s possible that she’d been bred in poor conditions on a puppy farm abroad before being taken from her mum at just a few weeks old and transported thousands of miles.

“Of course, sellers don’t advertise these puppies as imported so buyers believe they’re getting a much-loved family-bred dog. The reality is that buying an imported puppy leaves new owners open to the heartache and expense of having a very sick dog, or a dog with long-term behaviour problems.”

As well as calling for the UK Government to crackdown on the illegal imports of puppies, the animal welfare charity is also encouraging prospective buyers to get their pet safely and, where possible, to adopt instead of shop. The RSPCA is urging all buyers to use The Puppy Contract – a free online tool that offers a step-by-step guide on how to buy a happy, healthy puppy – and is supporting the UK Government’s Petfished campaign to ensure families think about who is behind the pet. This is incredibly important as the RSPCA’s survey revealed that only 51% of UK adults said they were confident in how to find a happy, healthy puppy and 32% said they did not feel confident in how to avoid an illegal or irresponsible breeder or seller.

To support the #ForPupsSake campaign please go online to sign our letter to the Secretary of State urging him to increase the minimum age that puppies can come into the country.

Previous Article
LATEST EDITION: Pets Magazine February 2021
Next Article
A Decade at No. 10 for Downing Street Larry, the Rescue Cat

A Decade at No. 10 for Downing Street Larry, the Rescue Cat
Marie Carter-Robb 15th February 2021